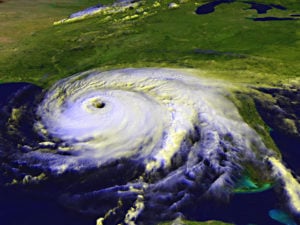 TALLAHASSEE, Fla. – May 26, 2017 – Hurricane season officially starts Thursday. Are you ready? Do you have enough water and non-perishable food to last three days to a week? Do you have a flashlight, batteries  radio?

Florida had a nice long run of 11 years without a hurricane making landfall. Our luck ran out last year when Hurricane Hermine hit the Panhandle in September and Hurricane Matthew swept across the east coast in October.

In the days and hours before the storms arrived, stores sold out of batteries, water, propane and other storm necessities. Instead of waiting for a storm to threaten, save yourself time and money by preparing now.

Items that will be tax-free during the disaster preparedness holiday include: reusable ice packs up to $10; flashlights and lanterns costing $20 or less; a gas or diesel fuel tank selling for $25 or less; batteries, coolers and first-aid kits costing $30 or less; radios and tarps costing $50 or less; and generators costing $750 or less.

According to Florida Tax Watch, a sales tax holiday makes it more likely Floridians will prepare for a hurricane, especially after last hurricane season.

What to bring to a shelter

Usually, evacuees are told to take a few important things to a shelter. Food. Batteries. Flashlights. A change of clothes. Medication. Maybe a book or two and comfort items for children.

But you need more. Here are some ideas for a better shelter experience: